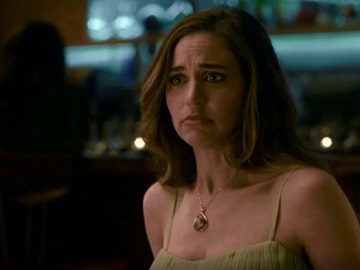 The spot features a young couple on a date at a restaurant, enjoying a romantic dinner. At some point, the man (played by Cooper gets down on one knee, surprising his partner, who believes, at first, that he wants to propose to her. It soon turns out that he only wanted to talk to her about the new iPhone 13 Pro, which has the most advanced iPhone camera ever. He also mentions that he got it at T-Mobile, where trade-in value is locked in. The woman, played by 32-year-old actress Alix Elizabeth Gitter, who is also a singer and songwriter, asks if that means they can always have the new iPhone and he confirms, popping the question “So what do you say? Switch to T-Mobile with me?”.

After she says “Yes,” he stands up and announces everyone in the restaurant that she agreed to switch to T-Mobile with him.

“Fall in love with iPhone. Get it on us now and upgrade every two years forever, only at T-Mobile,” the voiceover says at the end of the commercial, which features the 1987 song “Together Forever” by English singer Rick Astley.

The track, included on the artist’s debut studio album, “Whenever You Need Somebody,” is available for purchase on Amazon for $1.29.