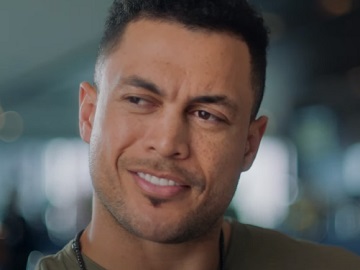 T-Mobile invites you to see what happens when Yankees superstars Aaron Judge and Giancarlo Stanton have a video call on a spotty network, and why MLB doesn’t trust big swings to just any network.

The commercial features Judge asking Stanton what his secret for his swings is. The latter reveals that meditation is. “Every night before I go to bed, in my mind, I go back to a Little League game. I wake up refreshed on game day and feel like I can absolutely crush those pitchers,” Stanton says.

The ad then goes on by showing what Judge heard on a spotty network, namely “Every night I go to a Little League game and crush those pitchers.” Excited by the idea, Judge decides to do the same, to the little players’ despair.

“Don’t trust big swings to just any network,” the voiceover says at the end of the 60-second commercial, urging viewers to go with T-Mobile, the biggest hitter in 5G. The network is then described as “America’s largest, fastest, most reliable 5G network”.

The company’s Super Bowl 2021 commercials were created in the same style, with different celebrities hearing the wrong message during a spotty video call. Maroon 5 singer Adam Levine, for instance, decides to set Gwen Stefani up with Blake Shelton after a video call on a spotty network, when he understands that Gwen wants “someone completely country, uncultured, and threatened by a strong, confident woman”.