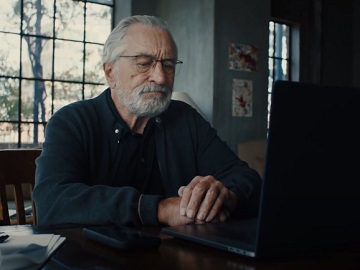 The 90-second spot features the Swiss tennis star in Zermatt, enjoying the amazing view of the Swiss Alps, getting a phone call from the award-winning actor, who is in New York and wants to let him know that he can’t do a tourism commercial for Switzerland because there is no drama. “Look at where you are, Roger. You’ve got your mountains, your ski resorts, your charming little towns, green valleys, there’s no drama! No drama at all!” De Niro tells the athlete, who had sent him a mood film to watch. Federer tries to convince De Niro by creating a scenario in which they ski and skydive together, but the legendary actor decides that Switzerland is too perfect and the ad is “not happening”. He also comes up with a suggestion for Federer – to call Hanks.

The commercial ends with the tagline “When you need vacation without drama. You Need Switzerland” flashing across the screen.

Federer, who became the official ambassador for Switzerland Tourism earlier this year, also features in a website, showcasing his picks for things to do in Switzerland.