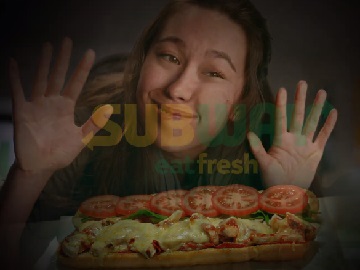 The campaign includes three spots in which consumers are pressed up against the glass, looking at a Sub.

One of them features a woman watching a Subway Sandwich Artist building a mouth-watering sub while in the background the song “Right Here Waiting” by Richard Marx plays.

Subway head of marketing, Rodica Titeica, said the campaign is a just tribute to the love and devotion consumers feel for their Subway favourites: “We’ve brought to life the passion and anticipation felt by foodies as they watch their ever-so-specific masterpiece being prepared in front of their eyes”.

The Sub Love campaign will run across AFL and NRL matches, on large format digital out of homes and across multiple social media platforms such as, YouTube, and Vevo.

The Sub Love Songs will be released exclusively via Subway in-restaurant radio.