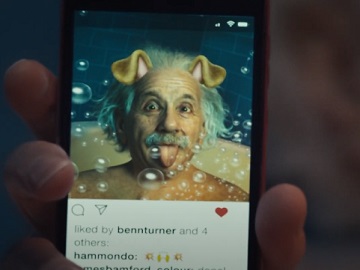 The national campaign running in the UK to inform people about the new smart meters, The Campaign for a Smarter Britain, continues with a new advert, featuring Albert Einstein.

The spot features the physicist in his bathtub, using an Instagram filter and saying that it’s very impressive as he already has five likes. He then adds that the national energy system gets no likes from him, mentioning the lack of digitization. He explains that the reason he’s in the tub telling this is due to smart meters, which will help make the system more efficient, and help Britain use greener energy.

The advert ends with the voiceover saying “Smart Meters – Join the Quiet Revolution”.

The UK government-backed campaign for a smarter Britain debuted in 2019 and has several other adverts. In one of them, several kids are shown daydreaming about their wishes, which include living in a world “where we still have polar bears,” living in a world where “we can breathe cleaner air,” and where ‘we use more sustainable energy”.