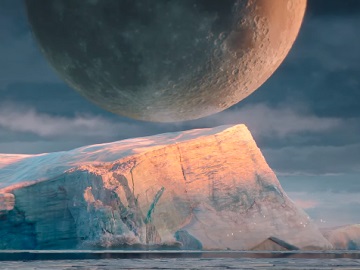 Sky, the European media company part of Comcast, has launched its first major ad campaign and aims to inspire hope to people.

The spot, created by Engine Creative and titled “The day the moon came to Earth,” is told from the perspective of the moon visiting Earth. “The moon came down to Earth one day to see up close what had been so far. The miracle we call home. And everything the moon saw the moon adored. But all was not well. The moon looked on with worry until hope appeared because doing the right thing today will make a better tomorrow,” the voiceover says in the 60-second ad, which follows a full moon as it passes above a diverse range of places.

“That’s why we’re going net zero carbon by 2030,” an onscreen line reads at the end of the commercial, which also sees the lines “Believe in better. See how we can go zero together” flashing across the screen.

The company has also launched an entirely new brand to help reduce the effects of climate change.