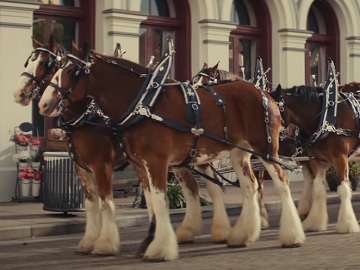 Samuel Adams has released a new ad for its new Wicked Hazy, described as the brand’s “juiciest IPA ever”.

The 30-second spot, created by Goodby, Silverstein & Partners, opens with a carriage pulled by several horses (a reference to Budweiser’s iconic Clydesdales) stopped in front of a building, in the historic center of a town.

When they are set free, mayhem ensues, with dozens of people trying to escape. As the video ends, it turns out the troublemaker was “your cousin from Boston” who pulled a pin from the carried hitch. “Oops, I did not see that coming,” he exclaims, suggesting they keep it a secret and not tell his mom.

The ad will air on game day regionally, in Boston and New York only.