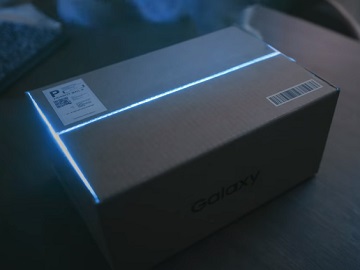 Samsung has released a trailer for its upcoming Galaxy Unpacked event, taking place later this month, on April 28.

The video, which announces that “The most powerful Galaxy is coming,” follows a Samsung van driving across the city for a special delivery. As he passes by, with the box emitting a blue light, city lights, car lights and coffee shop lights turn up, dogs start barking, and other electric devices start malfunctioning, which leads to a series of unfortunate events. A woman, for instance, gets splashed with smoothies while trying to buy one from a street food truck.

The trailer ends with the recipient ready to open the box and with the line “The most powerful Galaxy is coming” flashing across the screen.

The event will be livestreamed and will be available at Samsung U.S. Newsroom page, Samsung Youtube at 10 a.m. ET.