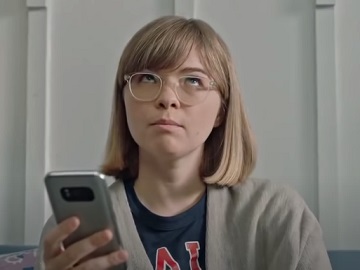 The Rosetta Stone app, which helps people learn foreign languages and elevate their self-study with native-speaking coaches, is promoted in a commercial which highlights that being great at anything means being pretty bad for a while.

The spot features a diverse cast of people learning a foreign language in different places, using the Rosetta Stone app. A young man is using it on the bus, during commute, a young girl is using it at home, in her living room, a woman is using it at the gym, while spinning, and a man at home, as well.

“No shortcuts, no magic stars. Being great means being pretty bad for a while. Soon, you’ll be something else. Speaking a new language,” the voiceover says, adding the tagline “Rosetta Stone. How language is learned”.

Those willing to try the app can now start a 3-day free trial. The app features a patented TruAccent speech-recognition engine, which allows users to fine-tune their pronunciation, Dynamic Immersion, which helps users to thrive in real-world conversations, Translations, which lets users get back to learning fast by using the long-press gesture to review in their native language, Seek & Speak, a feature that can turn everyday objects into conversation practice with scavenger-hunt style challenges.