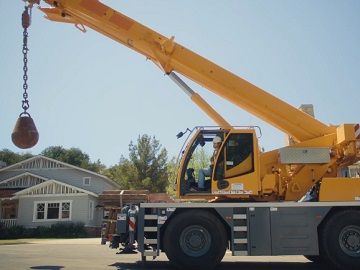 The spot features Daryll, a man who got a wrecking ball to find the money in his house. He is about to wreck his home but a couple of neighbors stop him in time, telling him that they found the money in their house with Rocket Mortgage. They used their home equity and turned it into cash, which is a process people can do on their phone.

“Check your phone before you wreck your home, Darryll!” the woman advises it.

Darryll check his phone and concludes that it was easy, indeed, but drops the wrecking ball by mistake on his car.

“When you want to find money in your home, Rocket Can,” the voiceover says at the end of the commercial.

Over the years, the mortgage lending company has teamed up with several celebrities to promote its Rocket Mortgage app, which helps customers, with on-demand assistance from licensed mortgage advisers available with just a tap, to go through the loan process at their own pace. Among them are actor/comedian Keegan-Michael Key, actor Ryan Kitley, pro golfer Rickie Fowler, NFL legend Barry Sanders, and comedian Tracy Morgan.