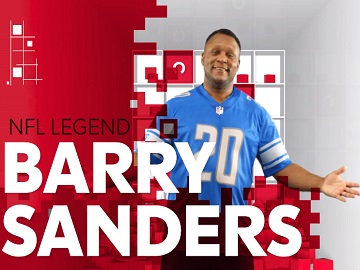 The NFL legend stars in a 30-second ad that encourages viewers to enter the Sweepstakes for free for a chance to win big during Super Bowl LV, highlighting that, with every score change, someone wins $50,000 and, in addition, two lucky winners will take home a grand prize of $500,000 they could use toward their dream home.

“One way to enter. Two ways to win,” Sanders says toward the end of the video, which directs viewers to the Rocket Mortgage website to enter for free.

Rocket Mortgage is Official Mortgage Sponsor of Super Bowl LV, which will be taking place on February 7, 2021. The game will be played at Raymond James Stadium in Tampa, Florida and will be televised nationally by CBS.