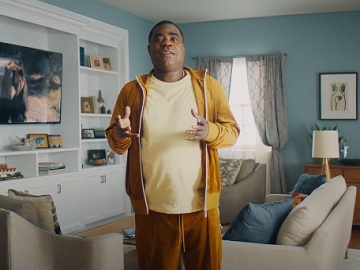 The 15-second teaser sees the comedian asking viewers to join him Sunday, February 7, for his Super Bowl commercial. At this point, he is supposed to catch a football, but apparently his grandmother, the one throwing the footballs around him, didn’t put her glasses on.

At the end of the video, viewers are encouraged to let Tracy into their home Super Bowl Sunday.

The mortgage lender will run two commercials during the Big Game. One ad will feature the innovative Rocket Mortgage app, while the other will showcase the crucial role that independent mortgage brokers play in the mortgage financing world, serving as trusted advisors and leaders in their communities. Morgan will star along with an action star, athletes and influencers demonstrating why it’s important to use Rocket Mortgage in the homebuying process.