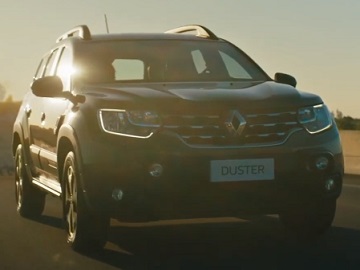 Renault promotes its new Duster SUV in a commercial that urges people to stop being spectators and become again the heroes of their own lives.

Created by Publicis Argentina and titled “The new season of your life,” the spot depicts a variety of scenarios which the voiceover refers to, including ancient times, Roman fighters, cowboys, villains from parallel dimensions, and zombies, and features the new Duster driving across all these environments and managing to escape all the dangers.

“New Renault Duster. For the new season of your life,” the voiceover says at the end of the commercial, which is scored by “2. Andante” by Geza Anda & Camerata Academica Des Mozarteums Salzburg, from Mozart’s Piano Concerto No. 21 in C Major, K. 467.