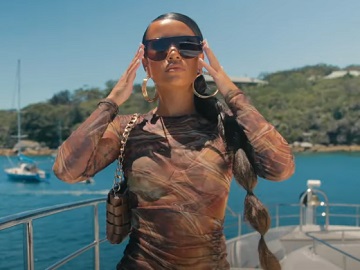 The soundtrack music is the 2020 single “Put the Work In” by LG (Team Genius), from her 2020 album “Colors”.
Samantha Rayner is also ambassador of ohpolly.