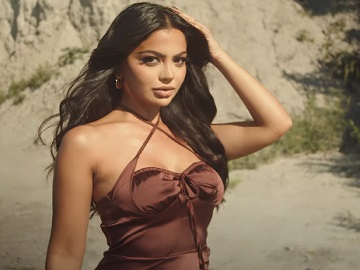 The spot features the Canadian Instagram star rocking pieces from the line-up, including curve clinging co-ords that can be easily mixed and matched, barely-there dresses made to turn heads, and easy to wear separates, suitable for a variety of occasions. Pops of leather that create a luxe feel, sultry satin numbers and hints of animalistic prints that add a serious edge, all in a colour palette of sumptuous browns, warm earth tones and complimentary neutrals represent the main elements of the edit.

Serving as soundtrack is the 2019 single “Anybody by Peter Luts. the song is available for purchase on Amazon for $1.29.