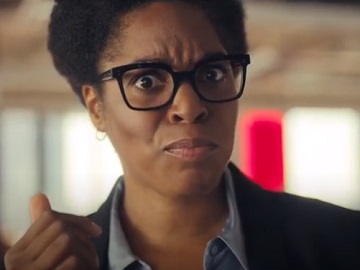 KP Snacks-owned Popchips brand is promoted is a new campaign, that aims to inspire people to “Start Something Good”.

The TV spot, which marks the brand’s first TV ad since its debut in 2007, was created by agency St Luke’s and tells the story of how the relationship between a frosty boss and her team changed after they shared a bag of popchips.

The 30-second ad opens with three coworkers literally bumping into their boss, Janet, while they were having a break and a bag of popchips. They offer her a popchip and she loves it, especially because it’s popped, not fried. The three colleagues invite her out for a bowling game and Janet, who proves to be a fun, easy-going person, decides to organize an away day that becomes an annual event.

The advert, which is scheduled to debut on March 1st, ends with the popchips range, including barbecue, sea salt, sour cream & onion, and sea salt & vinegar flavors, showcased on the screen, along with the tagline “start something good”.