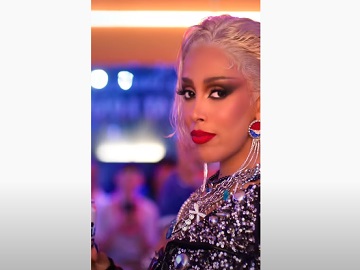 Directed by Hannah Lux Davis in collaboration with choreographer Sean Bankhead, the spot is created like a classic music video and features the pop superstar singing a freshly-made reimagination of the Grease classic “You’re the One that I Want” and dancing her way through the Rydell campus and into a soda shop.

“How to give Doja Cat the chills? Easy. Introduce two new Pepsi-Cola Soda Shop flavors inspired from a classic era” an onscreen line reads along with the hashtag #PepsiSodaShop.

The spot, which celebrates the milestone 50th anniversary of the musical, debuted during the MTV VMAs.

Doja Cat said, in a press statement, that working with Pepsi on this remake has been a “surreal” experience. “It’s such an iconic song and brand, so to have the creative license to put my own spin on it for the launch of Pepsi-Cola Soda Shop was a once-in-a-lifetime opportunity; I had to be a part of it,” she also said.