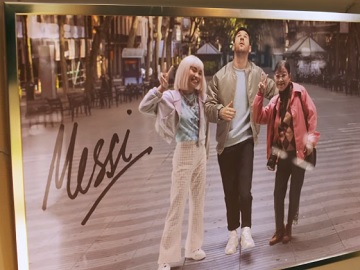 One of the spots released so far, created by Abbott Mead Vickers BBDO and titled “Fizz to Life”, features the four
players showing off their football skills after their images on the walls, in a woman’s room, are brought to life by the opening of an ice-cold can of Pepsi. The fizzing can of refreshing drink becomes the target of Messi, Pgba, Sancho and van de Sanden, who start shuffling and dribbling while leaping in and out of posters and magazines around the room. Eventually, the one enjoying the beverage is Messi, who steals it from the young woman and runs out of frame.

The new campaign also includes digital activity, a football challenge via TikTok Duet, an AR interactive game, which can be accessed through a QR code, and limited-edition packaging featuring the four players.