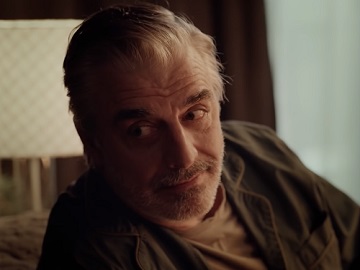 PELOTON has enlisted Chris Noth to star in a new commercial for its stationary bikes after the season premiere of the “Sex and the City” reboot “And Just Like That…”.

The spot features the actor, known for playing John James Preston, aka Mr. Big (Carrie Bradhsw’s husband), in the Sex and the City franchise, looking into a young woman’s eyes and saying “To new beginnings.” She responds “To new beginnings” and praises his look by telling him he looks great. “I feel great,” he replies and then asks her “Should we take another ride? Life is too short not to”.

As the camera pans out, two PELOTON stationary bikes are seen in the room and it turns out he was talking about a spinning session.

At the end of the commercial, Ryan Reynolds, who wrote, produced and filmed it alongside his media company, Maximum Effort, says in voiceover “And just like that the world is is reminded regular cycling stimulates and improves your heart, lungs and circulation reducing your risk of cardiovascular diseases.” “Cycling strengthens your heart muscles, lowers resting pulse and reduces blood fat levels. He’s alive,” he also says.

The ad is hilarious also because North’s character suffered a heart attack after a Peloton ride with a fictional instructor named Allegra (played by real Peloton instructor Jess King) at the end of the first episode of “And Just Like That…”.