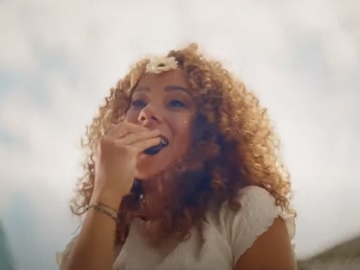 Oreo advertises its new on-pack promotion, “Press Play To Win”, in a new advert, highlighting that consumers across the UK have the chance to win hundreds of musical prizes.

Press ‘Play’ to sing, dance, and let go. Press ‘Play’ to win with Oreo,” the voiceover says in the 20-second spot, which features a diverse cast of people eating Oreo, such as two teenage girls who are dancing in their room, a group of three friends who are listening to music in their car, two friends who are waiting for the bus, at the bus station, and are listening to music through one pair of earphones, and a young woman at a music festival.

The Press Play To Win campaign, created by Digitas UK, gives shoppers the chance to scan any OREO packs with their phones for a chance to win all kind of special rewards. While the top prize consists of a ticket to a UK music festival of their choice in 2022, worth up to £2000, other instant-win prizes include headphones, speakers and a personalized OREO mixtape.

The promotion began this month across the entire OREO range including the popular 154g price-marked pack. Some of the packs feature new packaging that shows the iconic OREO biscuit in musical situations, as well as a promotional flash.