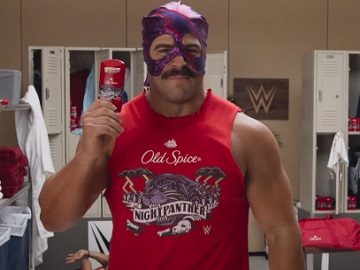 Old Spice promotes its Old Spice Nightpanther Antiperspirant Deodorant in a new commercial, which turned Rik Bugez from mild mannered sales representative into the ultimate combination of man and panther.

“Night Panther is the new long lasting antiperspirant deodorant from Old Spice. It will hunt down sweat and body slam odor. Night Panther unleashed my wild smell. And may be the perfect combination of man and Panther. Manther!” Average says, roaring and adding “Smells like winning”.

At the end of the commercial, the tagline “Smell Ready for Anything” flashes across the screen.