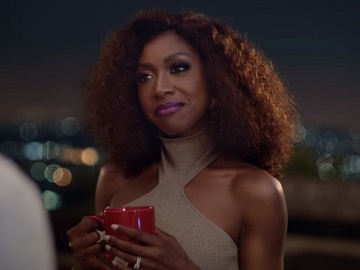 The spot, part of the brand’s “Men Have Skin Too” campaign, features the black-ish actor telling his onscreen wife, played by A Black Lady Sketch Show’s Gabrielle Dennis, that her mother has to leave their house because she’s using his bathrobe and his Old Spice Moisturize with Shea Butter body wash for impossibly smooth skin. The mother-in-law, played by the 77-year-old music icon Patti LaBelle, shows up, saying they’re out of it.

The commercial ends with the tagline “Men Have Skin Too”.

Cole was named the new Old Spice Guy in January 2019 and took on the role as a global ambassador. “We’re ecstatic to welcome Deon, a talented and hilarious comedian and actor to the Old Spice family. Deon’s big personality and quick wit are a perfect fit for the humor that fans love and expect from Old Spice,” Matt Krehbiel, Old Spice associate brand director at Procter & Gamble, said in a press statement at that time.