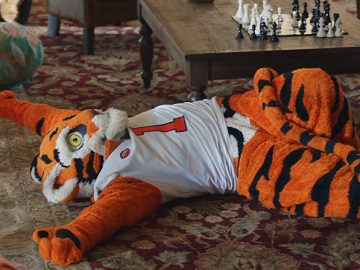 One of them features the Heisman House overrun by cat mascots. Derrick Henry, Devonta Smith and Eddie George unleash a Georgia Bulldog but they soon discover this wasn’t the right play because the dog ends up playing video games with the felines.

This year’s season of Nissan’s Heisman House is inspired by fans from Texas, Wisconsin and Michigan. Another ad imagines how a Heisman House spike-ball tournament would take place, another one stars Griffin, Howard, and Mayfield showing rookie Smith the ropes.