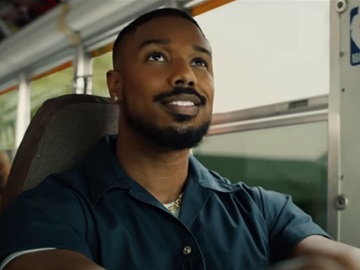 The NBA’s milestone 75th Anniversary is celebrated with a special film, that features actor and producer Michael B. Jordan and more than 30 NBA players.

Titled “NBA Lane”, the 3 minute film, “created as a way to honor both the history and future of the NBA,” sees Jordan as a school bus driver who takes a group of children for a ride through a fictional neighborhood where NBA stars and legends reside. Former rivals Magic Johnson and Larry Bird are shown as next-door neighbors who get along quite well, LeBron James is seen tending to his garden, Kareem Abdul-Jabbar teaching Dirk Nowitzki the art of the hook shot and Zion Williamson breaking a backboard at the street court.

“NBA Lane,” directed by Rick Famuyiwa and Emmett Malloy of the Malloy Brotherswill, debuted on TV on Sunday, October 10. 30- and 60-second versions of the film are set to air across all platforms during this fall. Throughout the season there will be more adaptations, featuring a variety of new faces.