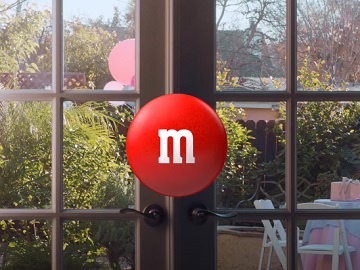 The 15-second video features only a door that leads to a garden where a gender reveal party is taking place. “Ok, everybody ready?” a man’s voice is heard in the background. Several voices are then heard counting down from 10 but when they arrive at 9 the balloons pop and a burst of blue powder covers the door.

“M&M’s will make it better on February 7” an onscreen line reads at the end of the commercial.

M&M’s is among the latest brands to drop a Super Bowl teaser. Hellmann’s has also released a video for its Big Game ad, featuring Amy Schumer. However, there are brands, such as Budweiser, that won’t air a commercial during this year’s Super Bowl, which will be taking place on February 7, in Tampa, Florida, and will be broadcast on CBS.