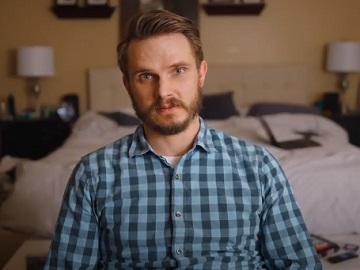 Mint Mobile has released a hilarious new commercial, featuring Alex Rowland, a savvy investor, who bought bitcoin in 2010 for $500. One of the best deals, we could say, because, today, its value amounts to 280 million. The only problem is he can’t remember the password to his Bitcoin account.

“Every morning Alex Rowland wakes up and begins his long day of reflection. Alex is the only millionaire in the
family. But you’d never know it if you met him. This isn’t because he’s humble. Or eccentric. No. It’s because he
can’t remember the password to his f****** Bitcoin account” – the voiceover says at the beginning of the spot.

Did Alex something to remember his password? Well.. for years, Alex has been climbing to the apex of Eagle Peak
every morning. He calls this place, his remembering rock. Maybe was right there when he firstly thought about the forgotten password. Who knows?

But today Alex’s fortune are about to change by getting “A free year of cell phone service!”.

Mint Mobile was created in 2016 and became one of Ryan Reynolds’ “properties” after he purchased, in November 2019, an ownership stake in it.