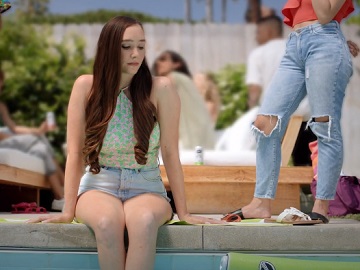 Created by FCB New York in collaboration with FCB Inferno, the campaign aims to establish the brand and differentiate this new product in the UK, and features three spots directed by Mike Bernstein, whose impressive portfolio includes work for the likes of Saturday Night Live, Funny or Die, and Comedy Central.

One of the ads sees a young woman by the pool who uses a Can-Noodle to grab a fresh can of mike’s Hard Seltzer.

The other two ads introduce other playful inventions – the Vacooler, which hoovers your deck while serving up mike’s, and the Fanny Six-Pack cooler, (a bum bag in the UK) where consumers can keep their mike’s when their hands are full.

Described as a refreshing blend of sparkling water, alcohol, and real fruit flavour, Mike’s Hard Seltzer is available for purchase at major retailers.

The campaign runs online, and also includes out of home and radio.