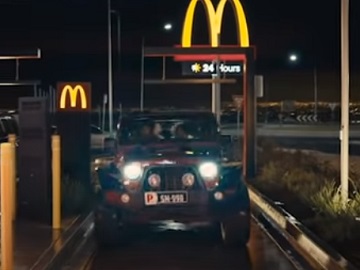 McDonald’s Australia celebrates its 50th anniversary with a series of surprises for consumers and a commercial, of course.

The spot features a diverse cast of McDonald’s customers over the five decades in which the fast-food restaurant has been operating in Australia while the voiceover delivers the following message: “We met 50 years ago back in Yogoona. You rocked up in 40s and thongs, you’ve always put your own spin on things. You made fries part of your Sundaes, and after getting your peas, you made the drive through your first stop. Good on you! We’ve celebrates many birthdays together over the years and now it’s ours. So thanks, Australia! We came here as McDonald’s but you made us Macca’s”.

The celebrations will include a new range of promotions, menu items and unique collaborations from June until the end of August, with new birthday initiatives revealed each week.

In 2021, McDonald’s has more than 1000 outlets across Australia, employing more than 107,000 people and serving 2 million Aussies daily.