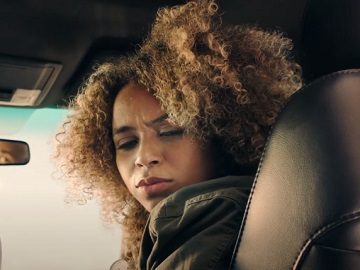 The spot, by MERGE out of Chicago, features a young couple driving home and apparently talking to someone sitting in the backseat. Since they are using baby-talk, viewers are led to believe there is a baby or a puppy, but it soon turns out that the precious cargo is actually a stack of Marco’s Pizza boxes. The “parents” cared so much about the cargo that they even put the seatbelt on.

The chain’s new campaign, which includes POP, Out-of-Home, print, social and other creative, introduces a new tagline – “Pizza Lovers Get It”.

“Pizza love runs deep in America, and no pizza is loved like Marco’s. Our new campaign celebrates pizza lovers and shows them that we understand that pizza moments can feel like special moments in our life,” Marco’s Pizza CMO Chris Tussing said in a press release.

Waitr and Bite Squad now deliver from more than 100 of the chain’s 1,000-plus stores, with the platforms now serving in 92 cities nationally.