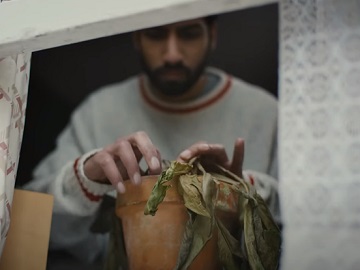 LinkedIn continues its “In It Together” campaign, launched in January 2018, with a new installment.

The spot, titled “Let’s Step Forward, Together,” tells the story of a man named Vikesh Malik, who – in his attempt to find a job – creates a LinkedIn account. On the professional network he not only posts his resume, but also reads about topics that are of interest for him, such as “Beating redundancy blues,” watches live courses, and keeps in touch with friends and acquaintances. One of them tells him that a HR Manager she knows is looking for people to hire and he connects with that specific person. The man gets the chance to go to an interview and then he gets the job. Throughout the ad, viewers are get also to see Vikesh’s plant, which was wilted at the beginning, when the man was struggling with unemployment. When he signed up to LinkedIn, he threw some water in the pot and that was the starting point for the plant’s “recovery” process. The pot was then moved on the window ledge and the plant was properly taken care of, with enough water and light. Eventually, when the man was ready to start his first day at the office, at his new job, the plant was ready to “accompany” him.

The soundtrack music is the 2017 single “Waiting on a Song” by American musician Dan Auerbach (the Black Keys’ singer), from his second studio album of the same name (which marked the first release from Easy Eye Sound, his own record label).

In a previous commercial, the professional network took on the stigmas associated with unemployment and tried to help destigmatize unemployment and remind its members that small steps help them move forward and give them opportunities to change their circumstances.

In 2020, LinkedIn pointed out that more than 40 million people search for jobs on its platform every week, and roughly three members are hired each minute, adding that there are approximately 2.4 million open jobs in the U.S. that don’t require four-year college degrees.