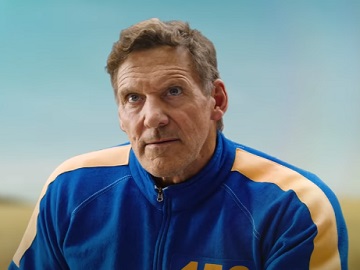 Lidl Germany has released a hilarious new commercial to promote its vegan range.

The spot opens with a woman taking to her husband a vegan burger and telling him, after he takes a bite, that it’s not real meat, but a vegan burger patty from Vemondo. “Real taste, purely vegetable,” she says, pointing out that he can have it all, if he wants. She also tells him that, if he wants, she’s not his wife at all, but Ralf Moeller. She then turns into the German actor and former competitive bodybuilder Ralf Moeller, who tells him that they’re not in the living room, but in the gym, training for the game. When the protagonist learns for which game he’s trying (a reference to Squid Game is made), he declares he doesn’t want to play that game. Back in the comfort of his home, the man expects to see his wife back again, too, but Moeller doesn’t give him any answer in this regard.

He just takes the opportunity to inform him that Lidl offers on its website a lot of vegan recipes and keeps ignoring the man’s burning question.

The commercial ends with the range of vegan products showcased on the screen.