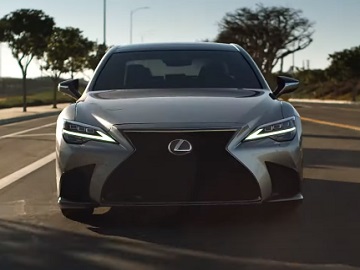 Lexus has released a new for its 2021 Lexus LS, showing how the LS helps a father and son bond in a unique way.

The spot opens with a boy hiding behind his dad’s Lexus LS500 when the school bus passes by his house so that his dad would drive him to the school. The kid tells his father he missed the bus and the latter grabs his car keys to give him a ride there. As they arrive at the destination, the man calls his wife, who – hearing the school bell ringing – asks if their son missed the bus. The husband says he did, but also adds he was hoping he would.

“Success is cherishing every important connection,” the voiceover says in the commercial, adding that the new Lexus LS is “designed to put your humanity first”.