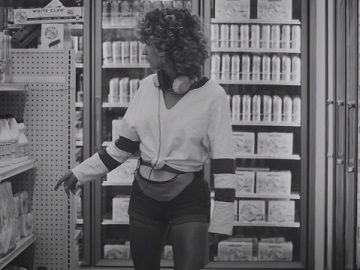 The campaign, created by agency Rotcho, marks the brand’s launch in 10 new, yet unnamed, markets this year (after last year’s expansion in the U.K., Ireland, Australia, Canada and the Netherlands) and the ads aim to evoke a feeling of “pure, uncomplicated fun.” One of them features a curly-haired young woman roller-skating into a convenience store for a pack of the beverage, while in the background the song “Hey! Get Out of the Way” by WHO plays.

Other spots feature people skateboarding in a pool of balloons and sitting around a house party.

Chief marketing officer White Claw Hard Seltzer, USA, John Shea said in a press statement that the brand “pulled in a diverse group of creators, from across the country and around the world, to capture those moments in a way that feels real”. “There’s no casts, just real people. There’s no sets, just real locations. … We drop the audience right into the heart of the feeling. But it’s not about the story, the narrative, there’s no before or after, no ending, no punch line, just these moments of pure fun, captured in a way that makes you want to be there,” he said.

In 2019, comedian Trevor Wallace christened the season “White Claw summer 2019, baby!” in a video that gained millions of views.

Throughout 2021, White Claw will partner with new creators from across the country and around the world for new content.

Crafted using the proprietary BrewPure process, White Claw is gluten free, has 100 calories and 5% alcohol, per 12 fl oz. White Claw is available in a variety of natural fruit flavors.