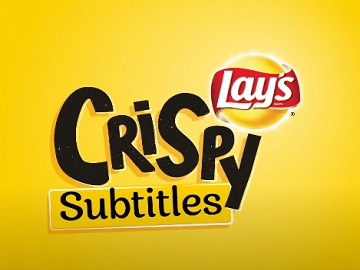 Lay’s promotes its Crispy Subtitles plug-in, which detects the sounds of crunching chips and automatically turns subtitles on for the YouTube video you are watching, in a new commercial, created by Happiness Saigon, an FCB alliance.

“Every day, over 1.5 billion people are streaming video on YouTube. Problem is most of them would like to get crisps at the same time. Yep, you get the point, right?” the voiceover asks in the opening of the commercial, which features several celebrities in YouTube videos and a diverse cast of people crunching and munching. “You don’t hear a thing when you eat crisps and watch movies at the same time. That’s why Lay’s comes to the rescue with Crispy Subtitles, the first plug-in of its kind, a Google Chrome extension for YouTube that turns crisp sounds into subtitles.

The commercial also shows how this works and explains that the brand recorded crisp sounds from all over the world, including Vietnamese, American, Portuguese, French and many more, for a total of 178 hours.