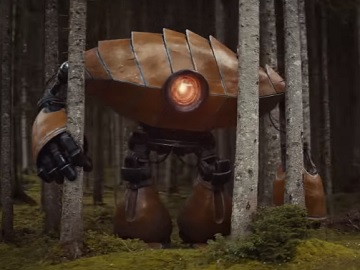 Kia has launched a new ad campaign and released a new brand slogan, “Movement that inspires”.

“They are out there.​ Waiting to be discovered.​ We find them in places where we least expect. They come to us when we change our perspective. When we leave our comfort zone. And enter new territory. Some of them are big and some of them small.​ But that’s the thing with ideas. ​They don’t just come to you.​ To find them, you have to move,” the voiceover says in the 60-second spot, which features a diverse cast of people in movement: a young man running on a treadmill, a woman using a trolley to move through the city, a man riding a bike, a teenage boy walking down an alley at night and seeing a piano stuck in a lamppost, a woman hiking through the woods, and a girl passionate by drawing who sees a leaf monster running through the forest, along with the car she’s in.

The automotive company unveiled its new logo during a live event earlier this month, on January 6, and also announced a new corporate name (previously named “Kia Motors Corporation), which doesn’t include “Motors” anymore, and that it will expand into new and emerging business areas by creating sustainable mobility solutions to improve customers’ daily lives. According to a press release, Kia is focused on popularizing battery electric vehicles and plans to introduce seven new dedicated BEVs, including a range of passenger vehicles, SUVs and MPVs across several segments, by 2027. It is also developing a range of new Purpose-Built Vehicles (PBVs), for corporate customers, tailored to their functional requirements.