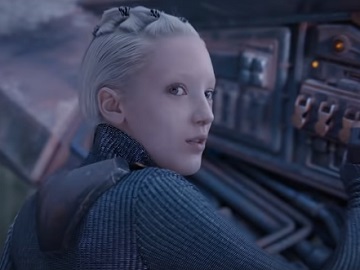 John Lewis wishes you a Christmas as magical as your first in its 2021 Christmas advert.

The spot, created by adam&eveDDB, and titled “Unexpected Guest,” tells the story of a beautiful friendship between Skye, an alien being that has land-crashed in the woods, and Nathan, a young boy who finds her. The teenager introduces her to the season’s traditions, from decorating the tree to eating mince pies, and viewers get to see thus the magic of Christmas through the eyes of someone experiencing it for the very first time.

The end of the advert, which is scored by a cover of the 1984 song “Together in Electric Dreams,” performed by British singer-songwriter Lola Young, sees Nathan saying goodbye to Skye, who’s ready to leave Earth, by giving her his special Christmas jumper, customised with a star and twinkly lights.

The retailer has this jumper for sale and will be donating 10% of the sales from this Christmas advert jumper to support families in need.