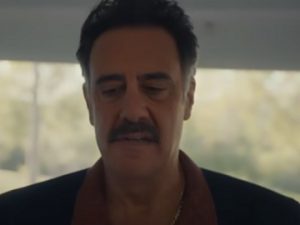 The King of Cold Cuts is back to the screen in a new ad for Jimmy John’s. Tony Bolognavich, played by former “Everybody Loves Raymond” actor Brad Garrett, tries to bribe a child but with no success.

The spot features Bolognavich approaching a family who had just received their Jimmy John’s order. A mother and her little son open the front door and, as they are ready to eat their Jimmy John’s sandwiches, declare that they are fresh, not soggy, as Bolognavich would want them to. When the man tries to give them some money to hear a negative feedback, the boy tells him that bribery is a misdemeanor punishable by up to five years in prison. Upset, the “The King of Cold Cuts” asks the kid to “stay out of it”.

At the end of the commercial, the voiceover urges viewers to order on the app.

Garrett’s character Bolognavich was introduced in the chain’s Super Bowl 2021 commercial, created by Anomaly, Los Angeles and directed by renowned Australian film director Craig Gillespie, which focused on the Jimmy John’s “high-quality, reasonably-priced sandwiches,” made with all-natural meat, sliced by hand, and freshly baked bread every day. The “King of Cold Cuts” runs a business which has Jimmy John’s as competitor, but uses poor quality ingredients and doesn’t care about the tasting experiences his customers have.