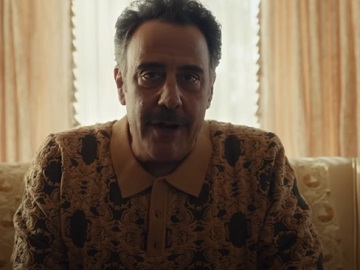 The 90-second film, directed by renowned Australian film director Craig Gillespie, features Garrett as Tony Bolognavich, the “King of Cold Cuts”, who runs a business which has Jimmy John’s as competitor. While Bolognavich uses poor quality ingredients, such as “almost bread” and “turkey and ham made by science,” for its sandwiches to make money and buy expensive cars, Jimmy John’s uses freshly baked bread every day, all-natural meat, sliced by hand, and sells thus “high-quality, reasonably-priced sandwiches”.

“With Tony Bolognavich as our anti-hero, this campaign allows us to further emphasize the dedication to the art of sandwich that sets us apart from our competitors,” Darin Dugan, Chief Marketing Officer at Jimmy John’s, said in a press statement.

The commercial, which marks the brand’s first-ever national in-game debut, is part of a new creative campaign, which will include a comprehensive visual identity update, contemporized logo, a new limited-time menu addition (Smokin’ Kickin’ Chicken sandwich), and more.