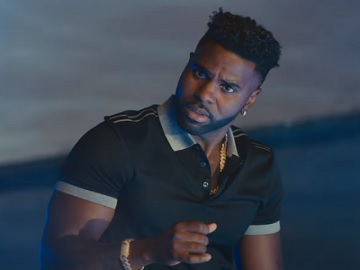 Jack in the Box has enlisted Jason Derulo to promote its newest additions to the menu, which include the Triple Bacon Cheesy Jack Combo and the Chocolate Croissant Bites.

The spot focusing on these last ones opens with Derulo playing the piano and singing a song. The chain’s mascot interrupts him and urges him to catch one of his Chocolate Croissant Bites in his mouth, but the singer doesn’t react too well to his invitation. He tells Jack to stop climbing around and, realizing that he made a mistake (because that came out wrong), tries to apologize, but Jack decides to leave the room.

The commercial ends with Jack urging viewers in voiceover to try his Chocolate Croissant Bites, only at Jack in the Box.

The Chocolate Croissant Bites, which are three warm and flaky mini croissants filled with real Hershey Chocolate, are the latest addition to Jack in the Box menu, along with the Triple Bacon Cheesy Jack, which is made with three beef patties layered with three kinds of cheeses, and three kinds of bacon, all sandwiched between a buttery bakery bun and is also part of a combo. They are available at participating Jack in the Box locations nationwide for a limited time.