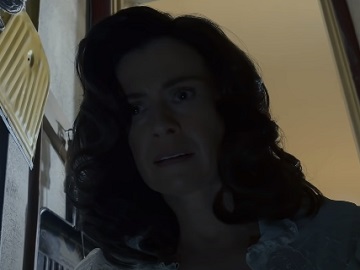 Apple has released a series of new ads to highlight some of the camera capabilities of its iPhone 13 Pro.

One of them, titled “Basement,” focuses on the advanced low light video, and follows a woman as she goes to her basement after hearing a voice calling for help. She opens the door and asks who’s there, but the voice keeps saying “Help me”. “But, I’m scared… that the picture quality will suffer in such low light,” she says standing near the basement door. The voice assures her that it will be fine and urges her to go down stairs, but the woman keeps worrying. This time about the close-up on her petrified face. “Yeah, it looks really good,” the voice replies. The woman then asks if she can turn on the light, but the voice forbids her to to that.

“Capture more in low light” an onscreen line reads at the end of the commercial.

Another ad, which focuses on the Cinematic mode on iPhone 13 Pro, features two detectives in a car and shows how you can shift the camera’s focus automatically, manually and even after you’ve shot.