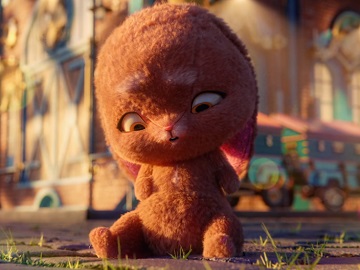 INSMed highlights the importance of acting early to identify, diagnose and manage NTM lung disease in an animated commercial from Roof Studio and agency View Area 23.

The film, titled “Unbreakable,” tells the story of Barbara, a stuffed bunny who finds a break in her stitching at the toy factory and is labeled as “defective” when she begins to cough. After being rejected, the cute toy embarks on a journey for treatment. She travels through the town, looking desperately for someone to fix her stitch and her cough, but to no avail. However, at some point, she discovers a loose string of pink yearn that leads her to a toy repair shop. There, the shop owner carefully takes Barbara into her arms and steps inside.

At the end of the film, Barbara, a patient with NTM, says in voiceover that when her cough wouldn’t go away she saw
about 20 different doctors before she finally had her answer and viewers are urged, through an onscreen line, to act early to identify, diagnose and manage NTM lung disease.