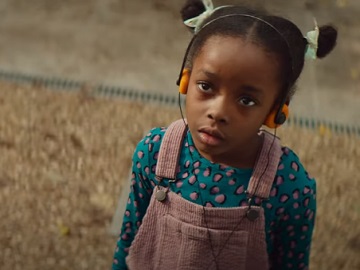 IKEA UK urges people to wave goodbye to waste and embrace living in moderation in its latest advert, which carries the tagline “Fortune Favours the Frugal”.

The spot features a gigantic ball of rubbish hurtling towards Earth, with bits breaking off the trash ball when people reduce waste, reuse items and recycle. Thus, when a mother puts away the lunch leftovers in a jar with bamboo lid (part of IKEA 365+ range), when a man washes a cotton hands towel, when a man pours the water used to wash vegetables in a herb pot, and when a young girl collects a plastic bottle and puts it away in a special trash can to be recycled, the ball of rubbish becomes smaller and smaller.

Serving as soundtrack is “Make it Better” by The Barons, which is shown being played on a cassette Walkman.

The “Fortune Favours the Frugal” series also includes cinema, out of home, radio and digital.

The Swedish retailer declared they are aiming to become fully circular by 2030, and they want everyone to join them in this movement by leaving the fast paced world of excess behind and enjoying life in the slow lane.