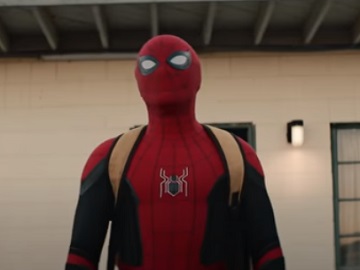 The spot, directed by Jon Watts (the director of the upcoming Marvel film, features Spider-Man going out of a hotel in a remote rural location, ready to hit the road. However, given the fact that there are no skyscrapers to use for web-swinging and he doesn’t have a car, he is forced to walk. At some point, a Hyundai IONIQ 5 reaches him and his best friend, Ned (Jacob Batalon), picks him up. The two embark thus on 300-mile road trip back to New York, sharing jokes.

At the end of the ad, the voiceover highlights that the all-electric IONIQ 5 boasts a 300 mile range on a single charge and urges viewers to see the vehicle in “Spider-Man: No Way Home”.

The movie will be released in movie theaters next month, on December 17.

A 30-second version of the commercial is set to run on TV in the U.S., Europe, China, Russia and other markets through January 2022.

Tom Holland, who plays Peter Parker/Spider-Man, also stars in another commercial, which depicts key scenes from “No Way Home” with the actor and the Tuscon SUV.

The automotive brand is now offering special-edition movie posters with the Ioniq 5 and customized digital wallpapers as part of a social media promotion.