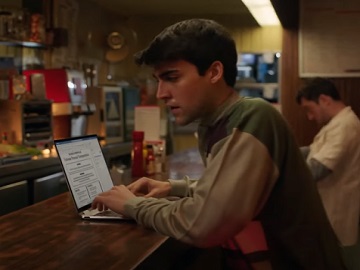 HP promotes the HP Spectre x360 with push-button privacy screen in a new commercial, which highlights that when you’re worried that prying eyes might see your idea before it’s ready you can use the HP Spectre.

The spot features a young man working on his laptop in a diner and having several other people around him watching his device as he types down. At some point, he decides to push the button that sets his privacy screen and is relieved that he no longer has to worry about it.

“If you’re feeling a little paranoid somebody might see your idea before it’s ready, it probably means you’re on something big, something important, so whatever it is, keep going. Your privacy screen protects it,” the voiceover says at the end of the commercial.

The brand lets you save up to 58% on select products, plus get free shipping and easy returns as part of its Back to School deals. There also is an extra 5% off select products for students, parents, and teachers with code HP21BTS5.