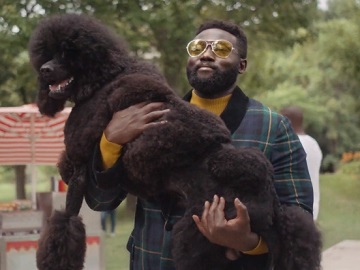 Razor brand Harry’s highlights, in its latest campaign, that it offers a razor with simple, clean design, and 5 sharp blades, precision-engineered in its century-old German factory for as little as $2 each, because they “don’t believe in adding bells and whistles as a means to raise prices”.

One of the spots, titled “Not the Same,” features a diverse cast of men, including a man shaving in a camper, another one using his pickup truck as a pool, a man in a suit carrying his dog in his arms, and a teenager shaving in his bathroom.

“The Harry’s razor is not the same. Because some of us are not the same. Our close shave comes from our five German-engineered blades, designed to start sharp and stay sharp,” the voiceover says, adding that Harry’s never up charges you for high quality. “So for those of us who don’t want just the same, Harry’s razors are here,” the voiceover adds at the end of the commercial.

Harry’s, which was bought by Wilkinson Sword owner for $1.4bn in 2019, also sells shave supplies, skin care & hair styling products. They are available for purchase at the brand’s website, as well as in store.