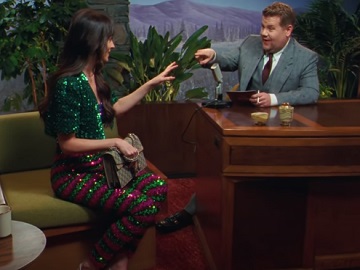 GUCCI has launched a new ad campaign, titled “Gucci Beloved,” which is described as a playful ode to the Hollywood late-night talk show and shines the spotlight on an all-star lineup of celebrities and the House’s signature handbags.

One of the videos, directed by artist, photographer and director Harmony Korine with creative direction by Alessandro Michele and art direction by Christopher Simmonds, features Dakota Johnson as she goes to The Beloved Show, hosted by James Corden, where she showcases a Dionysus handbag, which boasts a distinctive tiger-head spur, steeped in Greek mythology.