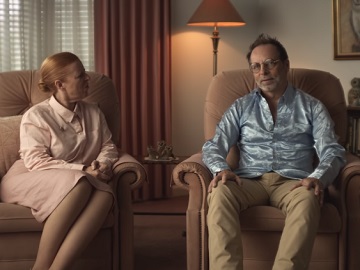 The spot features a married couple who agree until one point. “Thanks to gomo Mobile we get just what we need without any of the unnecessary frivolous stuff,” the woman says, highlighting that they don’t need any of that unwanted nonsense and asking for her husband’s confirmation. The latter, named Ricky, tries to say that a little bit of unwanted nonsense wouldn’t be that bad from time to time, but the woman makes him a little scared of her potential reaction to his courage.

Gomo has just one mobile plan: a $25 per month offer with 18GB and unlimited talk and text. Consumers will need to establish a subscription when they are setting up their service, which means their plan will effectively automatically recharge each month, on the same day they establish their service, at 11PM Sydney time.

Those who sign-up before February 28, can get three months of free service after paying for their first three months. Therefore, after an upfront payment of $75, they will have to pay $12.50 per month for their first half-year with gomo if they stay the entire six months.