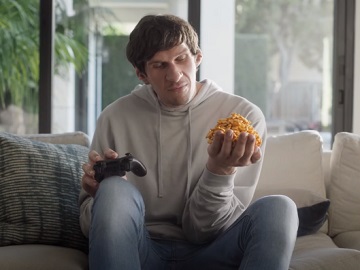 One of the spots features Tobias Harris assisting his good friend and former teammate Boban Marjanovic in counting a handful of cheddar-flavored Golfish baked snack crackers. The latter is shown counting while doing all kinds of things around the house, such as slam dunking, playing ping-pong, and playing video game. When Boban declares that he has 320 goldfish, Tobias asks him if he’s sure about that, which makes Boban start counting again.

The brand has also launched a TikTok challenge with the two NBA stars and real-life best friends. TikTok users are encouraged to duet with Boban to see if their handful of Goldfish can keep up with some of the biggest hands in basketball. Marjanovic holds 301 crackers in a single handful. 25 participants have the chance to win a special edition autographed “Boban Size” giant bag of Goldfish crackers and one of them the title of official “Spokeshand” of Goldfish, winning free Goldfish crackers for a year and appearing in future social media content from the brand.