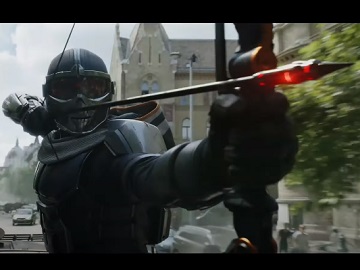 The Gecko has a daydream that he is in the middle of the action with the Black Widow in the latest GEICO ad.

The spot features the cute mascot in the back seat of a taxi, seeing a promo for the Black Widow movie, which launches in theaters on July 9, and wondering what it would look like if he was in the movie. He is then suddenly in the middle of the action with the Black Widow. He can’t help make a reference to what they always say at GEICO (namely “Safety first”) and, asked if he has a plan while they are chased, he says he thinks they should leave their insurance information.

The commercial ends with lines encouraging viewers to experience Black Widow in theaters starting July 9 or order it on Disney+ Premier Access.

In this ad, the mascot is voiced by Jake Wood and the cab driver is played by Jordan Gelber.