Home / Insurance & Financial / GEICO An Animal in the Attic Commercial – Feat. Animal from The Muppet Show 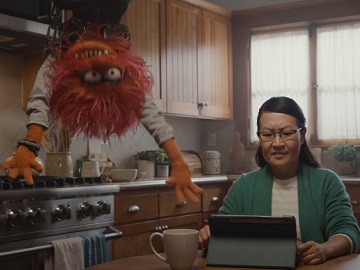 GEICO has released a new installment in its “Bundling Made Easy” campaign. This time, the problem the homeowners have is due to an animal in the attic.

The spot opens with the couple saying they love their home, where they lived for years. They have a problem though: an animal in the attic. The creature, who is “Animal,” the wild and frenzied monster drummer of the fictional band, Dr. Teeth and the Electric Mayhem, from The Muppet Show, is featured playing drums and shouting, showcasing his three styles of music – loud, louder, and deafening. The crazed percussionist is also shown disturbing the homeowners when they need to concentrate.

“At least GEICO makes our bundling our home and car insurance easy,” the woman says.

The commercial, which informs that the homeowners, condo and renters coverages are written by non-affiliated insurance companies and secured through the GEICO Insurance Agency LLC, ends with the voiceover urging viewers to go to geico.com for bundling made easy.